5 Ways Your Obsession With Politics is Ruining Your Life 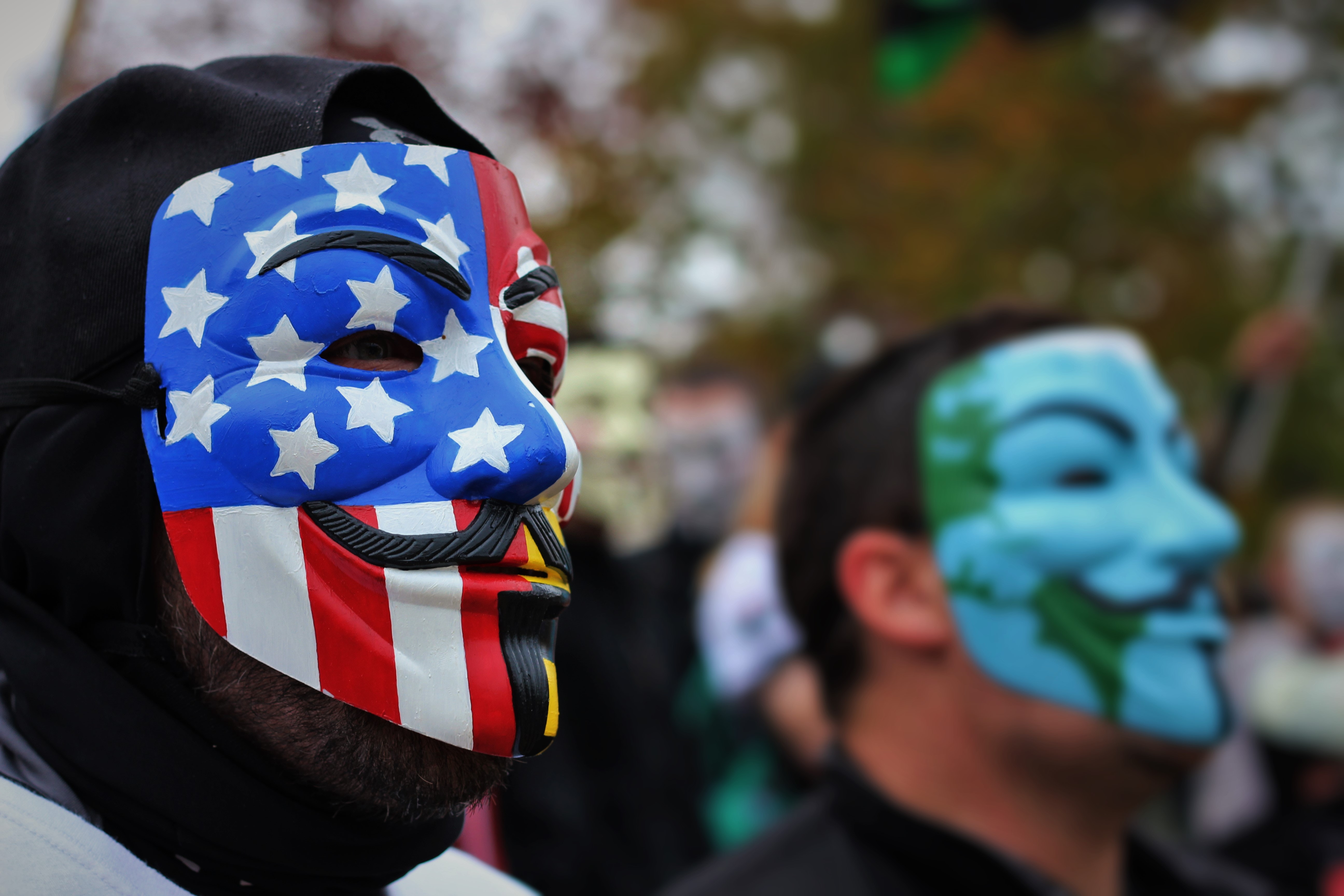 You can’t escape politics in 2020, it’s impossible. There’s just too much going on in the world right now. While I tend to stick to the motto that no one is going to save you, I’m aware that politics directly affects your life. It directly affects everyone’s life.

Should you stay informed? Yes, you should.

Should you exercise your civic duty? Of course.

But there’s a difference between staying informed and developing an obsession with politics that will subtly ruin life. It’s funny, I often talk about why you should avoid the news, but I break my own rule often.

You feel simultaneously sickened and intrigued by politics. If you’re being honest with yourself, you’d admit you get some perverse satisfaction from bathing in outrage, LARPing in the culture war, and feeling like you’re a part of the “most important time in human history.”

Everyone is playing this game right now. I’m warning not only you to stop, but myself.

I watched the debates the other night and they just gave me a headache. I learned nothing and I didn’t feel good. The debates certainly didn’t make me feel like the country was better off after watching it. Yet, part of me just had to watch, just like when you slow down to watch a car wreck.

You’re a grownup so I’m not going to tell you what to do. I’m just going to talk about the potential deep downfalls of letting your interest in politics turn into an obsession.

If you engage in tribal politics, meaning you will fight for your side no matter what your side does, you’ll begin to see the other side as sub-human.

People have fought wars over those labels. They’ve tortured each other and put other humans in concentration camps and gulags over these labels. Hundreds of millions of people have died over those labels. Human beings can only devolve into that level of violence and depravity by seeing their opposition as something less than human.

If you’re engaging with those feelings, you’re engaging in the same type of feelings that caused humans to commit atrocities against one another. And before you claim you’re on the right side of history, self-righteousness is the prerequisite to carry out these atrocities.

Sure, maybe you’ll never personally throw someone in a cell or commit acts of violence, but having that level of hatred in your heart and having the seeds of that energy is not good for you to say the least.

I observe people online and have seen many of my friends who are otherwise normal and rational people turn to genuinely hate-filled individuals. And they all feel justified in their hatred.

You’ll Stress Yourself to Death

From a purely self-interested perspective, you should avoid getting obsessed with politics to keep yourself from a stress-induced early grave. Stress ages you and causes health problems.

2020 already has enough stressful triggers on its own.

Throw in the stress triggers you already had pre-pandemic — bills, work, errands, relationships, life in general. Toss some political gasoline on top of an already blazing fire and you get a potent stress bomb guaranteed to cumulatively shorten your life expectancy.

You’ve seen these compilations of people screaming and shouting when something doesn’t go their way politically. That’s not normal. In your case, ask yourself whether being informed is worth the amount of stress it’s causing you.

I know the counter-argument. You can’t bury your head in the sand while so much is happening in the world because that’s irresponsible. I’ll accept that argument and still encourage you to tone it down.

You don’t need to watch CNN, Fox News, or MSNBC every single day to stay informed. You don’t need to spend 4 or 5 hours on social media chasing down each new story. There’s no reason for you to be spending as much time as an actual political pundit focused on the news.

You’re stressing yourself out over noise — salacious, misleading, and often irrelevant information. Again, ask yourself, is it worth it? What are you actually gaining vs what you’re losing in the process?

You’ll Lose Sense of Reality Itself

If you spend too much time following politics, watching the news, and obsessing over social media, you’ll distort your view of reality.

The news is not real.

“Fake news” isn’t fake in that it outright lies, even though it sometimes does. Fake news is fake because it spins and misleads to a point that justifies calling it a lie. Once you’re onto their tricks, you can’t unsee them.

For example, often you’ll see an article that quotes one word someone said and then will write an entire paragraph of context to explain one word.

Nassim Taleb discusses this in his article called The Facts Are True, The News is Fake:

In the summer of 2009, I partook of a an hour-long discussion with David Cameron, who was in the running for, and later became, the U.K. Prime Minister. The discussion was about how to make society robust, even immune to Black Swans, what structure was needed for both decentralization and accountability, and how the system should be built, that sort of thing. It was an interesting fifty-nine minutes around the topics of the Incerto and I felt great communicating all the points in bulk for the first time. [Later] I received a phone call by a horrified friend. All London newspapers were calling me a “climate denier”, portraying me as someone part of a large anti-environment conspiracy

The entire fifty-nine minutes were summarized by the press and reported from a tangential comment that lasted twenty seconds taken in reverse. Someone who didn’t attend the conference would have been under the impression that that was the whole conversation.

Video footage can lie to you. You can cut and edit videos to deceive people. You’ll often see this when a partisan news outlet will cut someone’s statement short to make it look bad and bury the rest of the statement that provides the real context.

The news and media lie by omission. They can shape a narrative not just by what they choose to cover but refuse to cover. I follow this and it’s maddening.

The mainstream media, on both sides, has a perverse incentive to find the most salacious content possible because it drives clicks. Everybody understands and agrees to it, but blames the other side.

Your side is doing it, too.

You might even nod your head and admit that, too. Part of you logically knows this political theatre is BS. But your emotions cause you to ignore logic and take what you see at face value more than you’d like to admit.

Catch yourself. Understand you’re helping the media by creating rationalizations that fit their narrative.

An obsession with politics will lead to believe that your team cares about you. This will give you a false sense of hope that your side will come through and give you want you want and come to the rescue when they won’t.

Caitlin Johnstone talks about the fact that both sides are two heads of the same monster:

Consider taking the energy you might have put into talking about Donald Trump and Joe Biden and putting it into waking up your countrymen to the fact that the political class is there to rob them and the media class is there to deceive them on behalf of their oligarchic owners.

Corporate democrats don’t actually want to help the working class and pass real leftist policies. Look no further than their sandbagging of Bernie Sanders two elections in a row. Republicans don’t shrink budgets and Donald Trump hasn’t “drained the swamp” he’s made it even dirtier.

Both parties have continued military conflicts around the world, lined the pockets of Wallstreet bankers during every crisis, and failed the average person in America time and time again.

Yet, many people look to their side with hope because it’s the ultimate coping mechanism. You obsess over your team because looking in the mirror and realizing you’re all alone is tough to admit. Tough to admit, but it’s the truth.

Yes, politicians can and will pass policies that will move the needle up and down in your life. They might even greatly affect you. But, again, if you train yourself to look at policy without all the additional emotion and understand that your success in life is on you, you’ll be better off.

It’s ironic to watch both sides fight so fervently to maintain the status quo. I get it. As I said, the political theatre grabs you. But, for your sake, snap out of the illusion that your side cares about you because it’ll keep you distracted and you’ll ultimately be let down and waste time in the process.

Political obsession just sucks away so much time.

It’s happened to me. I’ll go online and read some salacious headlines. Next thing you know two hours have passed.

I could’ve spent those two hours writing an article that could make me hundreds or thousands of dollars. I could’ve shot multiple videos for my YouTube channel, worked on marketing, or networked. Or I could’ve just relaxed and enjoyed those two hours.

How much time have you wasted in the past 3 and a half years since the election of you know who?

Has your life gotten any better because of it? Have you helped make any meaningful change? Do you feel like you’ve even made the tiniest of dents in terms of changing the minds of other people?

What else could you have done in a third of a decade? You could’ve started a business, gotten in the best shape of your life, spent more time talking to new and interesting people, the list goes on, and there’s a list of 1,000 things that add more value to your life than the obsession with politics.

If the election doesn’t shake out the way you want it to, you’ll have to go through another four years. What are you going to do with that time? You have to be prepared for what you’re going to do if the outcome doesn’t go your way.

The bulk of that plan should be spent working on yourself and exhausting your resources as best you can.

I get it, this is a time of heightened awareness due to a ton of factors. So I’m not telling you to bury your head in the sand. You wouldn’t do it anyway. I won’t to it ether. Politics grabs you.

But don’t let it grab you and pull you into a quicksand you can’t get out of.